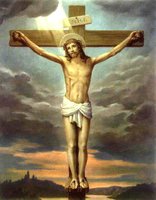 Barry J. Chase Bloomingburg, NY Barry Jerome (Jerry) Chase, 84, of Bloomingburg, NY, passed away on October 24, 2020 at home, following a long illness. A funeral mass was celebrated at St. Joseph’s R.C. Church, Middletown with the Rev. Dennis Nikolic officiating. Burial, directed by the William M. Gagan Funeral Home, followed in St. Joseph’s Cemetery. Born in Denver, CO, to Robert and Mary (née Coyle) Chase, Jerry attended the Taft School in Watertown, Ct., graduating in 1954. He earned a Bachelor of Science Degree in Accounting from the University of Colorado, Boulder, CO, where he met and married his wife of 61 years, Mary. He served in the United States Army in a peacetime role at Fort Ord, CA. A stage and movie actor, Jerry co-founded Off Center Theater in Manhattan. The improvisational troupe performed classic children’s tales in commedia dell’arte style throughout New York — in open air settings in the summer and a variety of indoor venues, including Brooklyn Academy of Music and their home base in the Church of the Good Shepherd on West 66th Street. In 1980, Jerry wrote the script for “Cinderella Wore Combat Boots,” which continues to be performed for English speaking audiences around the world. In addition to his long career in movies and theater, Jerry was a college administrator with the City University of New York, from which he retired in 1992. An amatuer musician and photographer, Jerry played the trumpet and, for many years, kept a darkroom in his home. Devoted to advocacy for unborn children, Jerry spent decades in support of their rights to protection, participating in peaceful protest, intercessory prayer, public education, and charitable giving and service. A devoted father, Jerry involved his children and grandchildren in his interests, passing on his love of music, theater and justice to successive generations. Jerry is survived by his beloved and devoted wife, Mary (née Mullenax); four children, Christine Sacchi, Margaret Harr, Sheila Greco and Stephen Chase; twenty grandchildren, ages 5 to 38; 13 great-grandchildren; his brother, Michael; and brother and sisters-in-law, Elaine Long, Doris Osborne and John Mullenax; and 21 nieces and nephews. He was pre-deceased by his father, Robert, a newspaper executive; his mother, Mary (née Coyle), a Pulitzer Prize-winning playwright; his brother, Colin; his niece, Kathleen Chase; his nephew, Roger; and his brother-in-law, Charles Mullenax. Memorial contributions may be made to MyChoice Pregnancy Care Center, 18 Grove Street, Middletown, NY 10940.