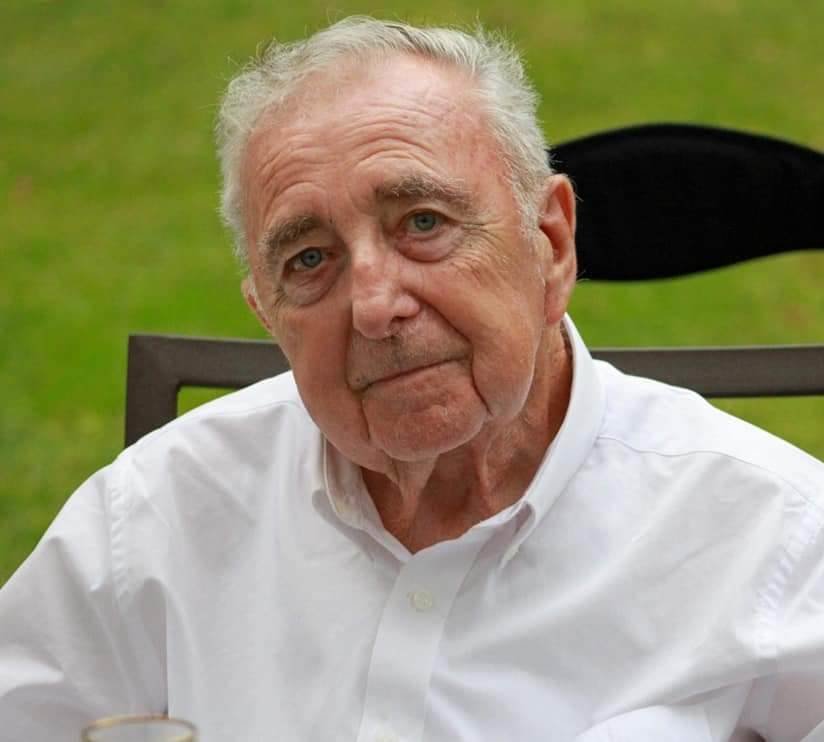 Obituary of Kenneth B. Henry Sr.

Please share a memory of Kenneth to include in a keepsake book for family and friends.
View Tribute Book
Kenneth B. Henry Sr. Pine Bush, NY Kenneth B. Henry Sr. from Pine Bush, NY passed away peacefully on February 18, 2021 surrounded by his loving family after a courageous battle with Lewy Body Dementia. He was born April 20, 1941 in Newburgh, NY. the son of the late Oscar Henry and Hazel Baker Henry. He was 79 years old. He is survived by his loving wife of 59 years Louise Helms Henry and 3 daughters, Jill Henry Hall (Ross Hall) Robin Henry Magner (Edward Uberto) Wendy Henry (Stephen Beers) and 1 son Todd Henry (Sheri Henry) son in laws Vincent Bourget Sr. and James Waterman. He is also survived by his loving brother Ronald Henry (Karen Henry) and Grandchildren Ross Hall (Stephanie) Jodi Hall, Vincent Bourget Jr. (Erin) Kaitlyn Bourget (Parker), Stephanie Vanaken (Thomas) Ally Smith (Tyler), Madison Waterman (Blake), Abigail Magner (Dylan), Karlie Henry (Mike), Jamie Waterman, Kenneth Waterman, Damien Hall and Great Grandchildren Arianna Hall, Daniel Arnone, Logan Bourget, Lucas Hall, Thomas Jandik, Rachael Jandik and Owen Smith as well as many nieces and nephews. He was predeceased by his son Kenneth Henry Jr., Brothers Warren Henry, Robert Henry and Richard Henry and his sisters Bernice Rooney, Shirley Kirk, Beulah Kirk, June Downton, Patricia Jarmusik and Elizabeth Comfort. Ken was a retired Sargent and Youth Officer as well as Building and Fire Inspector for the Town of Crawford. He had 2 successful Auto Mechanic businesses, Ken's Gulf in the 1970's and K&L Auto in the 1980's. He was a master mechanic and loved teaching his nephews and other young men auto repair. Ken and Louise also owned and operated Family Pizza and Bullville Cafe. They truly enjoyed working together as a family. Ken made sure he always worked close to home so he could be available for his wife who cared for their eldest son who had many challenges. He taught his children to always take chances and never be afraid to fail. He believed we are never too old to learn. He truly loved his community and served with the Pine Bush Ambulance Corp through the 70's and 80's and for the past 14 years with the Walker Valley Fire Co. as President, Trustee and Captain of the Fire Police as well as Trustee of the Walker Valley Marching Band. He was also a lifelong member of the Mountain View United Methodist Church serving as Trustee, Lay Leader, on the Staff Parish Relations Committee and was instrumental in the healing services. He also served other fire companies including Pine Bush Fire Dept. and New Hampton Fire Dept. He was an electrician and builder and he enjoyed doing these jobs in his retired years. Anyone who knew Ken knew his love of music. He was the founder of Ken's Country Sunshine Band and spent many years playing Jamborees for the Pine Bush Ambulance Corp and in later years he and his daughter Wendy served as DJ's for many events as well as Walker Valley Old Fashioned Day. The family would like to express their gratitude for the exceptional care and guidance given to our father during his final days. Visitation will be held on Friday February 26, 2021 from 3-7 at the William M. Gagan Funeral Home Inc. 1525 Burlingham Rd Pine Bush, NY Funeral services will be offered on Saturday February 27, 2021 at 11am at the funeral home. Burial will take place in Bloomingburg Cemetery. Due to COVID-19 restrictions capacity is limited. Face mask and social distance requirements mandated by NYS are in effect. Memorial contributions can be made to Hudson Valley Hospice or Walker Valley Fire Co. To leave an online condolence please visit www.wmgaganfuneralhome.com
Friday
26
February

Look inside to read what others have shared
Family and friends are coming together online to create a special keepsake. Every memory left on the online obituary will be automatically included in this book.
View Tribute Book
Share Your Memory of
Kenneth
Upload Your Memory View All Memories
Be the first to upload a memory!
Share A Memory
Plant a Tree