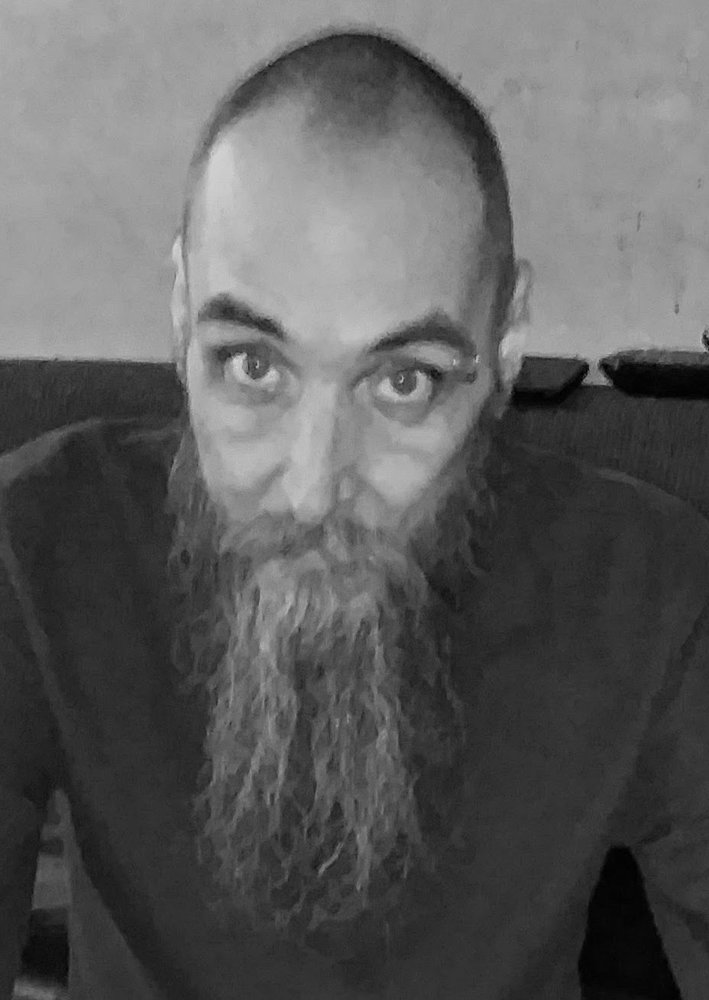 Please share a memory of Barry to include in a keepsake book for family and friends.
View Tribute Book
Barry E. Howard Jr. Pine Bush, NY Barry E. Howard Jr, a stay at home Dad and Pine Bush NY resident, passed away March 5, 2021, at the age of 48. Barry fought a courageous three month battle against Stage 4 Lung Cancer & Metastatic Disease. Although he was taken too soon he passed on his own terms at home, on his couch, holding his Wife's hand, exactly how he wanted. Barry was born on August 23, 1972 in Ellenville NY. He lived in various local towns during his life, including a few years in the state of Florida before settling down in Pine Bush to raise his children. If a friend or family member needed help, Barry was always there to fix it, build it, or roll it up. Barry was extremely intelligent and always made things work out, with the least amount of effort. He loved music, camping, hiking and fishing. A skilled, talented, obsessive Gamer; from his Atari days to his PS4, Barry gamed his whole life and cherished his game time with all six of his children. Barry is survived by his Wife of 20 years, Kim Kensler, and their three young daughters; Ivy Howard 3, Lyla Howard 10, Ruby Howard 14. His Adult children; Madisyn Howard 20, Alyssa Howard 28 (granddaughter Savannah, infant), and only Son Stephen Howard 30. Parents; Linda Howard (Robert McCarthy), Barry Howard Sr (Earlene Howard), and Siblings; Sydney Howard 16, Warren Howard 50, Paula Howard-Hall 52, including numerous Aunts, Uncles, Nieces, Nephews and Cousins. Barry lived his life on his own terms with no regrets. He was an amazing Father, loving partner, and best friend. He had a special bond with his youngest daughter Ivy considering he delivered her in the car on the way to the hospital. He was absolutely smitten with his new grand baby Savannah who always smiled and pulled his beard. He will surely be missed by all. Cremation was held privately at Maple Hill Crematory in Archbald, Pa. A college fund for his three young children is being established in his honor. Kim, the children, and the family would like to thank Hospice of Orange & Sullivan counties for their exceptional level of care and understanding during Barry’s transitional time. Due to the Covid-19 restrictions, and the large size of the family, a memorial Bonfire will be planned for later this year. Barry will forever be known everywhere for his trademark answer to almost every question..... “Yup Yup”. To leave an online condolence, please visit www.wmgaganfuneralhome.com Arrangements entrusted to the William m. Gagan Funeral Home Inc.

A Memorial Tree was planted for Barry
We are deeply sorry for your loss ~ the staff at William M. Gagan Funeral Home
Join in honoring their life - plant a memorial tree
Online Memory & Photo Sharing Event
Online Event
About this Event

Look inside to read what others have shared
Family and friends are coming together online to create a special keepsake. Every memory left on the online obituary will be automatically included in this book.
View Tribute Book
Share Your Memory of
Barry
Upload Your Memory View All Memories
Be the first to upload a memory!
Share A Memory
Plant a Tree