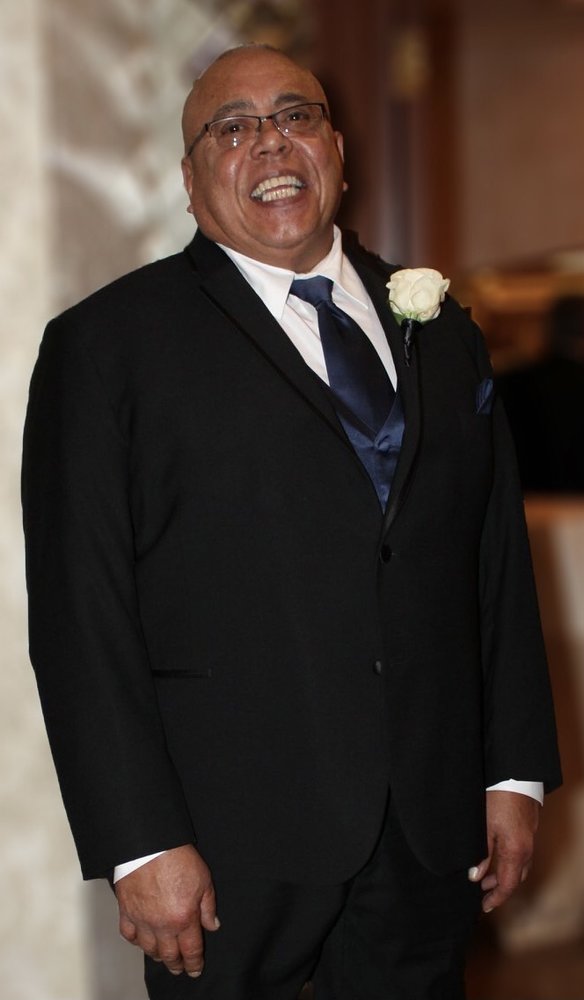 Please share a memory of Sammy to include in a keepsake book for family and friends.
View Tribute Book
Sammy C. Sapio Middletown, NY Sammy Colon Sapio, a long-time resident of the Pine Bush area, passed away on Monday, March 22nd 2021, at Montefiore St. Luke’s Cornwall Hospital, after a valiant battle with lung cancer. Sammy was born on October 15th, 1954 in San Juan, Puerto Rico and was the first and only son of the late Lucas and Ramona Sapio.He proudly served his country, in the United States Army, as a Vehicle Mechanic. He achieved several accolades during this time, including a National Defense Service Medal, marksmanship badges for Sharpshooter M16 and Expert Hand Grenade. Sammy worked as a Correction Officer at Green Haven Correctional Facility. He went on to become a Ford Master Technician after completing his years of service. He has always had a passion for automobiles and gained his notoriety for being the best local “Car Doctor” due to his honest nature and dedication to his craft. Sammy’s customers were considered his family, and his family was everything to this Super-Dad. He is survived by his two children, Samantha Sapio-Lund and her husband Robert Lund, Daniel Sapio and his wife Chanté, his niece Isabella Sapio (who was an honorary daughter to him), as well as his five sisters: Janet Sapio-Mayta and her husband Pete Jr., Dr. Nancy Sapio and her husband David Taffany, Susan Sapio, Anita Sapio and John Garcia, and Sonia Hyneman and her husband Jay. He will be fondly remembered by all of his nieces and nephews as well, Peter III, Alexandra, Sonia, Laurel, Alexander, and Lucas. He has gone to stand at his heavenly post as guardian of his greatest legacy, his grandchildren: Charlotte Lund and Samuel Lund, and has now reunited in Heaven with our family’s angels, his parents and his beloved nephew, Brian G. Sapio. Despite his ailments, he worked serving his customers and family right up until his final days. When he wasn’t working, he kept busy by spreading joy with his tremendously sentimental heart, words of wisdom and perfect smile. Sammy knew how to live life to the fullest and his passions included cars, family, scrumptious food, adventures, boogie-woogie music, watching history documentaries, seeing the NY Knicks win, fishing, camping, he considered himself a specialist in numismatics (coin collecting) and loved solving car issues that other mechanics could not. A memorial mass will honor him on Friday, March 26th, 2021, at 11 a.m. at The Church of the Infant Savior. His family will be present to welcome all of the many people that his stalwart spirit has touched over the years. To leave an online condolence, please visit www.wmgaganfuneralhome.com Arrangements entrusted to the William M. Gagan Funeral Home Inc.
Friday
26
March

Look inside to read what others have shared
Family and friends are coming together online to create a special keepsake. Every memory left on the online obituary will be automatically included in this book.
View Tribute Book
Share Your Memory of
Sammy
Upload Your Memory View All Memories
Be the first to upload a memory!
Share A Memory
Plant a Tree