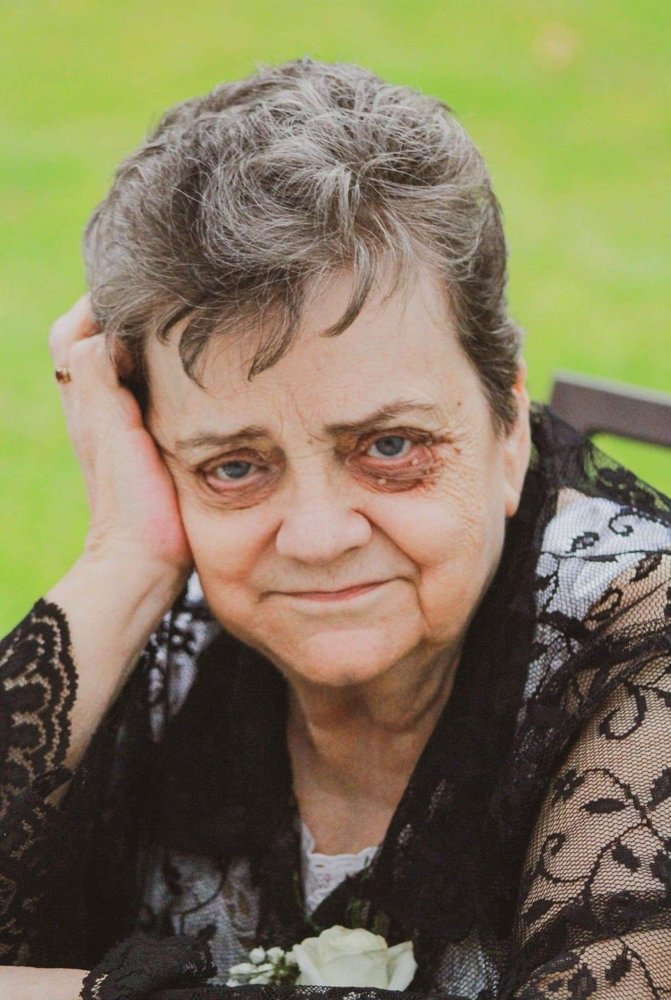 Obituary of Louise A. Henry

Please share a memory of Louise to include in a keepsake book for family and friends.
View Tribute Book
Louise A. Henry Pine Bush, NY Louise A. Henry from Pine Bush, N.Y. passed away peacefully on March 30, 2021 surrounded by her loving family after a courageous 9 year battle with Alzheimer’s. She was born on March 24, 1944 in Middletown, N.Y. to the late Robert Helms and Christine Robbins Helms. She was 77 years old. Louise is survived by her 3 loving daughters, Jill Henry Hall (Ross Hall), Robin Henry Magner (Edward Uberto), Wendy Henry (Stephen Beers) and 1 son Todd Henry (Sheri Henry), son in laws Vincent Bourget Sr. and James Waterman. She is also survived by 2 loving sisters, Karen Henry (Ronald Henry) and Jacqueline Roosa and Grandchildren Ross Hall (Stephanie) Jodi Hall, Vincent Bourget Jr. (Erin), Kaitlyn Bourget (Parker), Stephanie Vanaken (Thomas), Ally Smith (Tyler), Madison Waterman (Blake), Abigail Magner (Dylan), Karlie Henry (Mike), Jamie Waterman, Kenneth Waterman, Damien Hall and Great Grandchildren Arianna Hall, Daniel Arnone, Logan Bourget, Lucas Hall, Thomas Jandik, Rachael Jandik and Owen Smith as well as many nieces and nephews. Louise was predeceased by her son Kenneth Henry Jr. and her husband Kenneth Henry Sr. She was also predeceased by 7 brothers, Robert Helms, Charles Helms, Thomas Helms, Eugene Helms, Donald Helms, Neil Helms, Peter Helms and 1 sister Melissa Helms. Louise was a homemaker and also co-owner of K&L Auto, Family Pizza and Bullville Café with the love of her life Ken. She was a Manager at McDonalds for many years in the 1990’s. Her dedication and love in the care of her son Kenny and all of his challenges was remarkable and a huge part of the foundation that built our family. She spent many years dedicating herself to the Pine Bush Ambulance Corp as a dispatcher and was a Den mother in the 1970’s for Cub Scouts. Louise played bass in the family band and organized many Jamborees for the Pine Bush Ambulance Corp and local Fire departments to raise money through the 1980’s. In her later years, Louise was focused on her family and Grandchildren. Her tough exterior was just a shell to the soft, generous and kind soul who was always there in our times of need. There was no greater feeling than her daily check in phone calls and knowing how loved we were. Visitation will be held on Wednesday April 14, 2021 from 4-7pm at the William M. Gagan Funeral Home Inc. 1525 Burlingham Rd Pine Bush. Funeral services will be offered on Thursday April 15, 2021 at 11am at the funeral home. Burial will take place in Bloomingburg Cemetery. Due to COVID-19 restrictions capacity is limited. Face mask and social distance requirements mandated by NYS are in effect. The family would like to express our tremendous gratitude to Hudson Valley Hospice for their exceptional care and guidance given to our mother in her final days. Memorial contributions can be made in Louise’s name to Hudson Valley Hospice or Walker Valley Fire Co. To leave an online condolence, please visit www.wmgaganfuneralhome.com
Thursday
8
April

Look inside to read what others have shared
Family and friends are coming together online to create a special keepsake. Every memory left on the online obituary will be automatically included in this book.
View Tribute Book
Share Your Memory of
Louise
Upload Your Memory View All Memories
Be the first to upload a memory!
Share A Memory
Plant a Tree