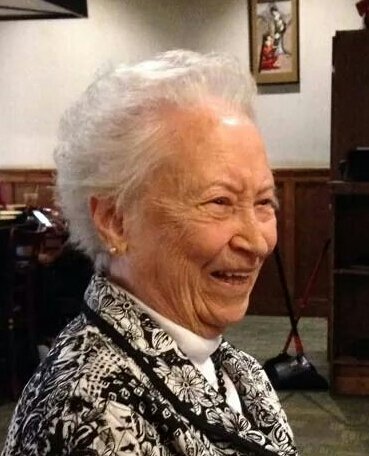 Please share a memory of Louise to include in a keepsake book for family and friends.
View Tribute Book
Louise Julia Kelly Arthur Pine Bush, NY Louise J. Arthur, a life long resident of Pine Bush, passed away on Friday April 30, 2021 at the Delaware Valley Rehabilitation Center in Matamoras, PA. She was 97. The sixth child and second daughter out of ten children, she was born on December 4, 1923 in Pine Bush to the late Charles Kelly and Ernestine Zobel Kelly. Louise retired from Pine Bush Central School District in 1984 as a secretary to the principal. She was also a member of the Ladies Auxiliary of G. Paul Bettinger American Legion Post 1308 and Infant Savior Roman Catholic Church in Pine Bush, New York. She is survived by her four children; Eugene F. Arthur (Diane Manson), John C. Arthur (Sarah Landis), Gary C. Arthur (Debra Edwards) and Ernestine L. Pirog (Anthony Peter Pirog); her sister, Nan Hyde; grandchildren, Sheryl Murphy, Eugene F. Arthur, Jr., John C. Arthur, Jr., Zachariah Arthur, Channing Arthur, Renee Pirog and Lacey Pirog; eight great-grandchildren, two great-great-grandchildren and numerous cousins, nieces and nephews. Her beloved husband, Francis Eugene Arthur, preceded her in death March 26, 1970. A Mass of Christian burial will be held on Wednesday May 5th at 10 am at The Church of Infant Savior, 22 Holland Ave Pine Bush, NY. Burial will take place in the family plot next to her beloved husband, Francis at New Prospect Cemetery immediately following. In lieu of flowers, memorial donations may be made to her church or the charity of your choice. To leave an online condolence, please visit www.wmgaganfuneralhome.com. Arrangements entrusted to the William M. Gagan Funeral Home Inc.
Wednesday
5
May

Look inside to read what others have shared
Family and friends are coming together online to create a special keepsake. Every memory left on the online obituary will be automatically included in this book.
View Tribute Book
Share Your Memory of
Louise
Upload Your Memory View All Memories
Be the first to upload a memory!
Share A Memory
Plant a Tree