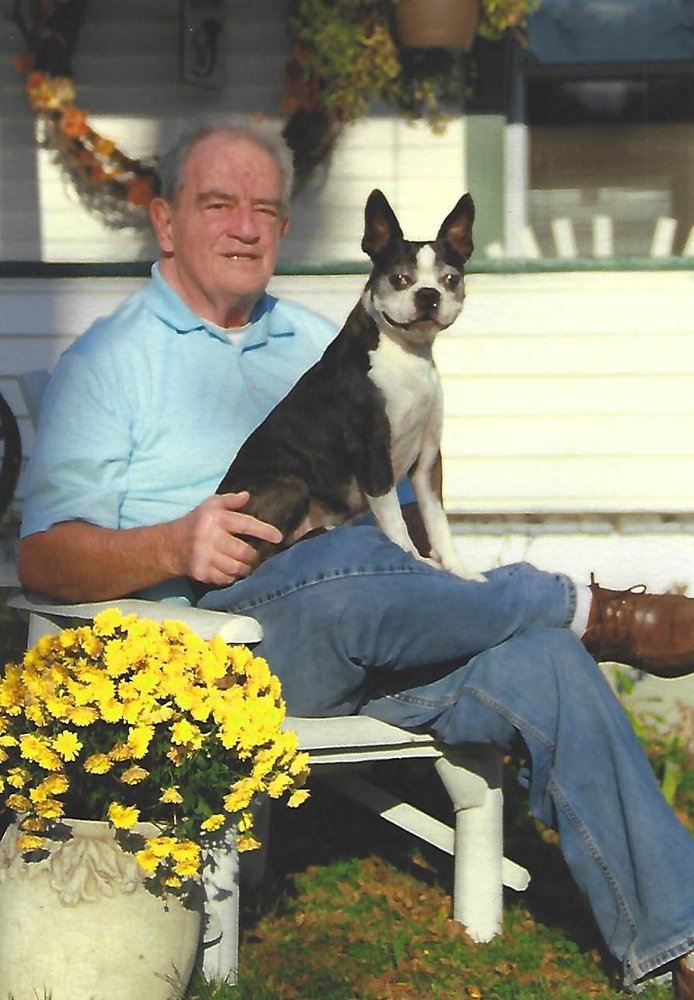 Please share a memory of Bernard to include in a keepsake book for family and friends.
View Tribute Book
Bernard J. White Pine Bush, NY Bernard Joseph White, sports fan, dog lover, harness horse breeder, and beer & brat connoisseur passed away, 31 July 2021. Born in the South Bronx on 23 November 1935, Bernie honed his basketball skills on the streets of NY. Moving to Pine Bush his sophomore year was a big shock…. He took a school bus instead of the subway and he showed up to high school in a suit, like a good Catholic school boy would, forcing all of the students to wonder “who died”? He soon found his way in school playing on the undefeated Bushman Football team and Basketball team for the rest of his tenure at PBHS. After graduation, he journeyed to East Lansing to attend Michigan State University where he played football. Graduating with a BS in Business, he worked as a Salesman for Proctor & Gamble for 5 years. Always loving a good beer and brat, he found himself spending a lot of time in Madison, WI, where he met a lovely lady, Heidi Pofahl, on a double date for Valentine’s Day in 1960. They had not met before but they immediately hit it off and ended up closing the bar that night. He returned to Pine Bush “temporarily”, when his father died in 1960 to manage White’s Bar on an interim basis. Realizing how much he loved the country, he received a Master’s Degree in Education from SUNY New Paltz and started his career as a teacher and, eventually, a high school administrator. Around this time, the Standardbred industry was booming and Bernie was thrilled to be part of the action, purchasing his first race horse “Some Adam”. In 1976, he and Heidi built Tamarack Manor and started their own Standardbred nursery. He loved breeding his own race horses, watching them train and race. Serving as the President for the Goshen Historic track for 12 years, he oversaw the resurfacing of the racetrack, renovation of the Grand Stand and expansion of stabling. He loved going to the Great American weekend over July 4th weekend and experiencing the sport in such a historical environment. Bernie is survived by his wife, Heidi, of 52 years, his daughters, Heather & Holly and his granddaughter, Karolina Krogius, his dog Theo, his brother Robert White, sister in-law, Peggy White, and many treasured nieces, nephews, cousins, both here and Ireland, as well as so many friends. He was also a mentor to many kids throughout his career in education. In addition to his parents, Bernie was predeceased by his siblings, William, Jack, Michael, and Nora. Visitation will be held at the William M. Gagan Funeral Home on Wednesday 4 August 2021 from 4-8PM. A funeral mass will be at Infant Savior in Pine Bush, NY on Thursday 5 August 2021 at 11AM . In lieu of flowers, memorial contributions in Bernie’s memory may be made to the Goshen Historic Track. 44 Park Pl, Goshen, NY 10924 (info@goshenhistorictrack.com.) To leave an online condolence please visit www.wmgaganfuneralhome.com
Wednesday
4
August

Look inside to read what others have shared
Family and friends are coming together online to create a special keepsake. Every memory left on the online obituary will be automatically included in this book.
View Tribute Book
Share Your Memory of
Bernard
Upload Your Memory View All Memories
Be the first to upload a memory!
Share A Memory
Plant a Tree