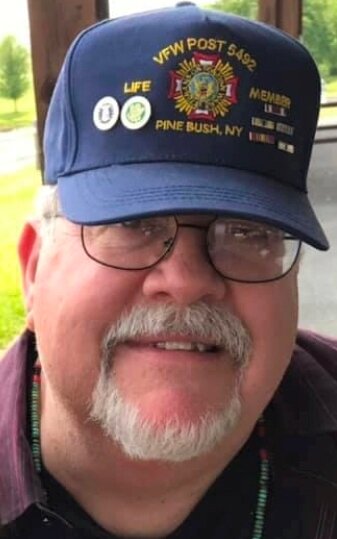 Please share a memory of Richard to include in a keepsake book for family and friends.
View Tribute Book
Richard L. Jones Pine Bush, NY On December 14th, 2021, Richard Jones of Pine Bush, NY died peacefully in his sleep. Richard, better known as "Rick" was born on 27 August 1959 in Medford, Oregon but spent most of his childhood in the city of Los Angeles and on a farm in Queen Creek, Arizona. Rick was a member of the Boy Scouts of America, 4-H, and the Future Farmers of America. He raised hogs, beef, chickens, and bees. At age 17, Rick graduated Chandler High School and enlisted in the United States Army. Following his basic training, he was enrolled in an Army Dental Tech program and was sent to Fort Wainwright in Fairbanks, Alaska where he spent the next two years. It was during this time that Rick met his first wife, Debra, who was also enlisted in the Army. When his initial enlistment was over Rick separated from the Army for a year but enlisted a second time when America had a shortage of Air Traffic Controllers due to President Reagan firing the striking AT Union, PATCO. After extensive ATC training and valuable experience, Rick was given a Tower Controller rating at Fort Devens, Massachusetts. With his new appointment as a fully rated Controller, Rick was sent to Seoul, South Korea where his daughter Katharyn was born. In his off duty time, Rick taught conversational English to Korean University students and traveled extensively throughout Korea. After his second enlistment was completed and the birth of his son Daniel, Rick moved to the Hudson Valley and secured a position working on C-5A aircraft as an Aircrew Flight Equipment Technician with the New York Air National Guard. In 1998, Rick married his love, Donna Bruyn, in a church ceremony and in 2007 they moved to Pine Bush where they currently reside. In 2009, Sgt. Richard Jones retired following 28 years of dedicated military service. Following his retirement, he worked various part time jobs at Home Depot, Gander Mountain, and Hannaford Market. Richard Jones was a lifetime member of the Pine Bush VFW and was Treasurer and Sgt. of Arms at the American Legion in Pine Bush. Rick was an animal lover and adopted many pets over the years but was most fond of his Love Bird (Petra). Rick was also an educated man with a Bachelor of Science degree from Embry-Riddle Aeronautical University and had an IQ of 155. Rick is survived by his loving wife, Donna Bruyn Jones at home, his children, Katharyn Kavanaugh (Dan), Daniel Jones, both of Tallahassee, Florida. Besides his wife and children, Richard Jones leaves behind his mother, Sally Jones of Texas, and his brother Phil of New Mexico, as well as many cousins, nieces, nephews,and in-laws. Visitation will be held on Sunday December 19, 2021 from 1-4pm at the William M. Gagan Funeral Home Inc. 1525 Burlingham Rd Pine Bush NY 12566. Services will be conducted at 3:30pm from the American Legion Post 1308. Full Military Honors will immediately follow. To leave an online condolence please visit www.wmgaganfuneralhome.com
Sunday
19
December