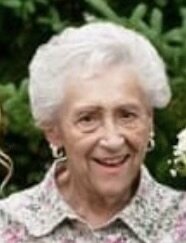 K. Veronica “Ronnie” Watkins October 10, 1937 - January 12, 2022 It is with deep sorrow and broken hearts we announce the passing of Kathryn Veronica “Ronnie” Watkins as she entered into eternal rest on Wednesday, January 12, 2022. Ronnie, the daughter of Kathryn Loeven Coppola and Vincent Michael Coppola, was born on October 10, 1937 in Jersey City, NJ. She was raised in Otisville, NY where she attended school and graduated in 1955. Ronnie was the oldest of Kay and Jim’s five children and is survived by her three brothers and one sister: Anthony (Skip) Coppola, Jacqueline (Po) Budd, V. Michael (Mike) and Kathy Coppola, Kenneth (Ken) and Maureen Coppola. Ronnie is also survived by her many nieces and nephews. After earning her degree in business from Orange County Community College, Ronnie commuted via train daily to New York City where she met the love of her life, I. Scott Watkins. Ronnie and Scott moved to Pine Bush, NY where they began their family together raising their three daughters and two sons. She is survived by her loving children, Paris Lasky, Mark Watkins, Matthew and Allison Watkins, April and Charles Grieco, Allison and Rich Blazeski. Ronnie was blessed with thirteen grandchildren, Melinda and Mark Watkins, Charlea Lyn and Matthew Redsell, Samantha Grieco and her husband James Glasgow, Trevor and Andrea Grieco, Steven and Samantha Lasky, Joseph, Kathryn, and Richard Blazeski, Alexandra, Connor and Amanda Watkins. She was further blessed with four great grandchildren Edward and Tehya Holley, Steven Lasky, and Elyse Grieco. Ronnie was predeceased by her parents, her loving husband, I. Scott Watkins, Sister-in-law, Beverly (Bev) Coppola, Brother-in-law, Gary Budd, and her grandson, Alexander Blazeski. At a young age, Ronnie began developing that nurturing and hardworking personality that we all loved. As soon as she could, she started working at Cinotti’s in Otisville to help lessen the burden on her family. Ronnie and Scott were instrumental in the formation of the Pine Bush Community Health Center and its success thereafter. Additionally, Ronnie was an active member of various organizations including the Town of Shawangunk Republican Committee, Orange County Golf Club, and Osiris Country Club where she won numerous tournaments. She selflessly dove into action when Cub Scout Pack 37 needed a leader and served as unofficial pack leader for more than five years. Her leadership and commitment to the community was extensive and continues to shine through her children. In her later years, she looked forward to the many trips she took with the Otisville Seniors and the Mulberry House Group. She loved her time spent with her lunch buddies at McDonald’s, visiting with her grandchildren, and afternoons spent reading a book from the Pine Bush Area Library. She was a devoted wife, a loving and caring mother, grandmother, great grandmother and good friend to all. Having made a great deal of friends over the years, she will be sorely missed by many. She leaves behind a great void in our lives as she was our rock and was always there for each of us. We are all blessed with our memories which have now become our treasures. We will miss her dearly. We love you, Mom. Family and friends are invited to the visitation which will be held on Wednesday, January 19, 2022 from 4pm-9pm at the William M. Gagan Funeral Home, Inc. 1525 Burlingham Rd, Pine Bush NY. A Funeral Mass will be offered on Thursday, January 20, 2022 at 10 am at the Church of the Infant Saviour. Arrangements entrusted to Richard A. Lalli, William M. Gagan Funeral Home, Inc. Our thanks to Dr. Douglas Fletcher, Dr. Winchester- Penny, and the nurses and staff at Garnet Health Medical Center. Last, but never the least, we thank our extended families and friends for their concern, love, and support. If you so choose to make a donation, please make one in Ronnie’s name to the Pine Bush Area Library, PO Box 63 Pine Bush, NY 12566 or St. Jude Children Hospital at www.stjude.org. To leave an online condolence, please visit www.wmgaganfuneralhome.com
Wednesday
19
January