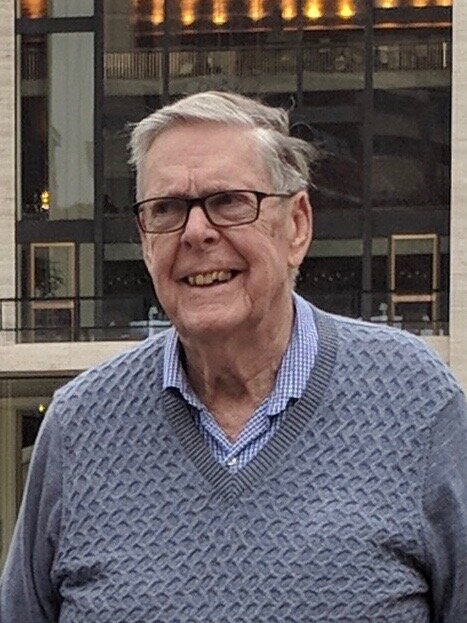 Please share a memory of James to include in a keepsake book for family and friends.
View Tribute Book
James Roger Kelso August 18, 1936 – January 14, 2022 Pine Bush, NY Roger Kelso, of Pine Bush passed away Friday, January 14, 2022, at the age of 85. Son of the late Harry Kelso and Margaret Watson Kelso he was born August 18, 1936 in Walden NY. Roger’s love of music led him to Fredonia where he met his wife Claudia. He began his career as a music teacher at Pine Bush High School in 1958 and brought the tradition of musical performances to the high school with a production of Brigadoon. After many years as a music teacher, Roger shifted his career to being a guidance counselor for high school and then middle school students. He loved the community of Pine Bush and gave back by volunteering for many years with the Pine Bush Ambulance Corp., the Pine Bush Library and was an active member, music director and organist at the Pine Bush Methodist Church. Roger was an avid Yankee fan. He and Claudia made many trips to Lincoln Center for operas and the NY Philharmonic and to Broadway for musicals and plays. He is survived by his wife of 63 years, Claudia, and their children, Dan and his wife Gigi, Laura Shiman and her husband Leon, and Robert and his wife Roxanne; as well as his grandchildren, Jeanette(Josh), Sarah(Charlie), Rob(Kaeley), Ruth(Bill), Francis(Laura), Jeremy(Lauren), Abigail(Luis), Isaac, and James, along with his great-grandchildren Juliet, Austin and Elena. He is also survived by a brother Robert (Marilyn), brother-in-law Reid(Judy), sister-in-law Deborah(Kevin) and many caring nieces and nephews. No visitation will be held, in lieu of flowers, donations can be made to the Pine Bush Library or the Pine Bush Volunteer Ambulance Corp.

A Memorial Tree was planted for James
We are deeply sorry for your loss ~ the staff at William M. Gagan Funeral Home
Join in honoring their life - plant a memorial tree
Online Memory & Photo Sharing Event
Online Event
About this Event

Look inside to read what others have shared
Family and friends are coming together online to create a special keepsake. Every memory left on the online obituary will be automatically included in this book.
View Tribute Book
Share Your Memory of
James
Upload Your Memory View All Memories
Be the first to upload a memory!
Share A Memory
Plant a Tree