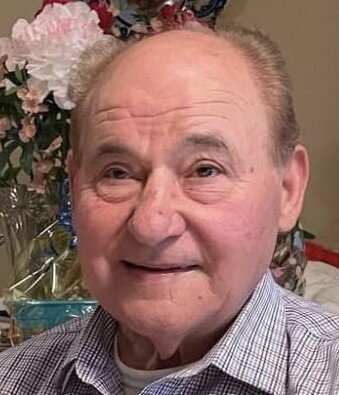 Please share a memory of Jose to include in a keepsake book for family and friends.
View Tribute Book
JOSE (Joe) R. INACIO January 3, 1946 - January 14, 2022 Pine Bush, NY Jose Inacio passed away peacefully on Friday January 14 at New York- Presbyterian Hospital with loving family by his side. He was 76 years old. He was born on December 12, 1945 in Alcobaca, Portugal to Gertrudes Maria Cecilia and Jose Inacio. Back then in Portugal, many times when you were born at home, they would only go register your birth days later. Therefore, his legal birth on paper was January 3, 1946 but he would always celebrate his birthday on December 12. We would always laugh and say "He was born twice". Jose grew up in Portugal and served in the Portuguese Military, he was stationed one year in Leiria, Portugal and two years in Angola, Africa. Later, when he immigrated to America he worked his whole life for various concrete companies as a mason until he established his own and was self-employed for I & P Concrete Co Inc in Pine Bush. Jose's biggest joy in life was spending time with his family and friends, especially with all his grandchildren. They were the light of his life. In his free time he loved spending time in his big vegetable garden that he planted every summer and was always so proud of. His favorite hobby was playing cards on holidays and gatherings with family until all hours of the night. He enjoyed traveling, cruising and traveled to many parts of the world in his lifetime. He was also one to never miss a party he was invited to and if there was music, you would always find him on the dance floor. He was always smiling and laughing and enjoyed life to the fullest. He is survived by his loving wife Virginia. They were married 49 years and were about to celebrate their 50th Wedding Anniversary this May. He is also survived by his beloved children Maria and husband Licinio Custodio of Pine Bush, Nelson and wife Erica Inacio of Pine Bush and Michael and wife Theresa Inacio of Michigan. His grandchildren, whom he adored, Adriana, Austin, Vincent, Loyal, Zachary and Lennox. He is also survived by many nieces and nephews, a sister in law and a brother in law and many loving friends. He was predeceased by his parents, and brother Emilio. He was also predeceased by his in laws and a sister in law. Jose was a happy and caring husband, father, grandfather and friend who will be greatly missed by all who were lucky enough to know him. He leaves behind a tremendous void in all our hearts, however we take comfort in knowing he is no longer suffering but instead resting in peace. Visitation will be from 2 to 6 pm on Sunday January 23 at William M. Gagan Funeral Home, 1525 Burlingham Road, Pine Bush, NY. A funeral Mass will be celebrated at 10 am on Monday January 24 at Infant Savior Church in Pine Bush, NY. Burial will take place after Mass at New Prospect Cemetery in Pine Bush. Arrangements entrusted to the William M. Gagan Funeral Home Inc.
Sunday
23
January