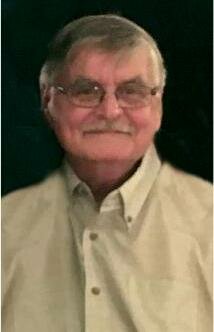 Helmut Bayer, a Retired Truck Driver for White Plains Linen and longtime resident of the area passed away on Friday April 8, 2022 at Garnet Medical Center in Middletown with his family by his side. He was 79. The son of the late Jakob Bayer and Margaretha Kreter Bayer he was born on December 11, 1942 in Kisker-Kischkeer Batschka, Yugloslavia.  After proudly serving in the United States Army until 1967 he had since retired from Consolidated Laundry/White Plains Linen.  He was the type of guy everyone wanted to be around, always making people laugh and doing whatever he could for others.  In his younger years he loved riding horses and that love continued into his elder years with talking with friends and going to the track.  He loved to watch the Yankees and Vikings and his TV shows either an old cowboy movie or Castle and NCIS.  One of his favorite singers was Heidi Bruhl and he told everyone about her.  He mostly took pride in his family and was always driving them crazy with his gibberish talking and making us laugh. Survivors include his children, William (Bill) and wife Barbara Bayer, Margaret (Peggy) and her husband Russ Wood, Steven and his wife Dawn Bayer, Shawn and his wife Jennifer Bayer, Shannon Bayer and companion John Amato,  7 Grandchildren, Russell and Tyler Wood, Megan and William Bayer, Lukas Amato, Joseph and Michael Anello, 2 Great Grandchildren Cameron and Cayden Doria,  sisters in law, Kathryn Bayer, Traudy Bayer, as well as several nieces,nephews, family, friends and his former wife Sydney Bayer.  Helmut is predeceased by his wife, Cecilia “Toni” Bayer, and his beloved  brothers whom he missed and talked about, Henrich Bayer and Philip Bayer. Visitation will be held Monday, April 18, 2022 from 2-4 and 7-9 at the William M. Gagan Funeral Home Inc. 1525 Burlingham Road Pine Bush NY. Funeral services will offered at 8:15pm at the funeral home. Cremation will take place at Maple Hill Crematory, Archbald PA. Burial of ashes will be held privately at a later date. In Lieu of flowers, those wishing to make a memorial contribution are encouraged to make them in Helmut’s name to: JDRF and/or The Ronald McDonald House. To leave an online condolence, please visit www.wmgaganfuneralhome.com