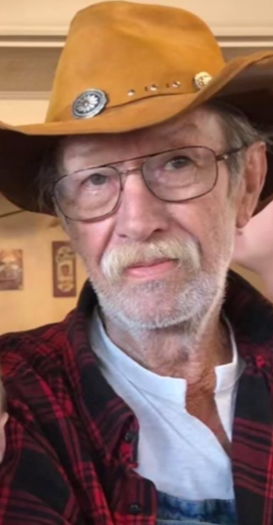 Please share a memory of Richard to include in a keepsake book for family and friends.
View Tribute Book

Richard William Walch  passed away on Tuesday April 19, 2022 with his daughter Barbara B. Walch by his side. He was 77. The son of the late Robert C. Walch and  Pearl A. Barkow , he was born in Milwaukee, WI on September 13, 1944. Richard  was known to many as “Cowboy”.  Cowboy was a member of the United States army in the 60’s and served in Germany as well as the Korean war. He was a retired member of the International Operators union referred to many as ‘That Crazy Cowboy.’ Richard lived life to the fullest and on his own terms.  Cowboy is survived by his children Jason R. Walch, Barbara B. Walch, Richard M. Walch with his partner Mariah M. Munger, sisters; Mary Walch Pierson, Tracy Walch Gaulke, and Ellen Macdonald with her husband David, as well as many nieces, nephews, cousins and grandchildren; Johnathan, Michael, Jaclyn aka Jax, Rane and Ila.  He was predeceased by his father Robert C. Walch, his mother Pearl A. Barkow, his grandson Jason Walch Jr. and his brother Robert Woodman. As per his wishes, there will be no services, but a celebration of his life that will take place on July 2, 2022. To leave an online condolence, please visit www.wmgaganfuneralhome.com

A Memorial Tree was planted for Richard
We are deeply sorry for your loss ~ the staff at William M. Gagan Funeral Home
Join in honoring their life - plant a memorial tree
Online Memory & Photo Sharing Event
Online Event
About this Event