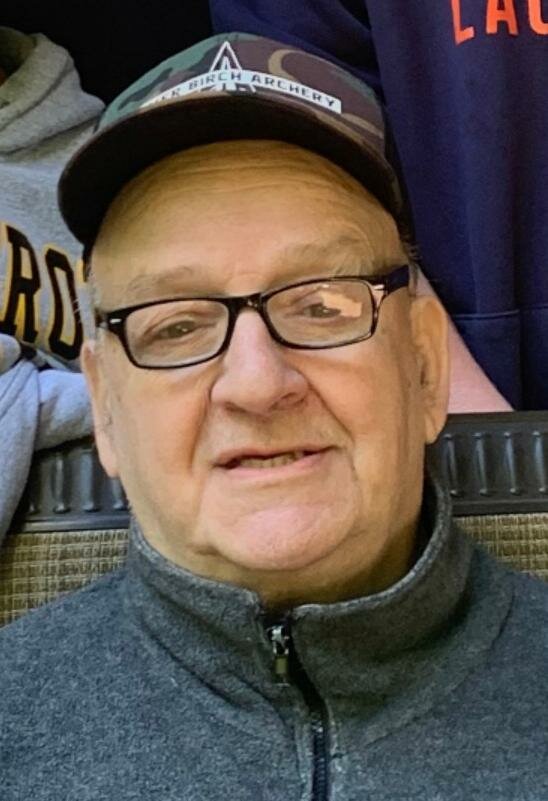 Please share a memory of Kenneth to include in a keepsake book for family and friends.
View Tribute Book

Kenneth G. Daura, of White Lake NY passed away unexpectedly at his home on Monday May 9, 2022.  He was 77 years old. The son of the late Andrew Daura and Emily Barbarisi Daura, he was born on July 11, 1944, in Paterson, New Jersey. Although he never went to college, he was a workaholic from early on, bypassing doing all the fun things young kids like to do.  Instead, Kenny worked to support his love of nice cars and purchased his very own Cadillac at the age of 16.  Kenny was a Baker by trade and opened his first bakery in Paterson New Jersey.  He later moved his business and opened the Glen Rock Bakery in Glen Rock, NJ.  In 1974 he relocated his family to New York State where he lived for the next 48 years. Kenny was an avid hunter and fisherman and was a member of the Iroquois Hunting and Fishing Club in White Lake, NY.  He lived the last 12 years of his life at the club, surrounded by natures beauty and a front row view of a beautiful lake. He was blessed with amazing friends from the club who cared for him like family. He loved his pet cat “Bocci.”  Kenny is survived by his son John Daura; his daughter Dawn Daura (wife Gail); his 3 grandchildren Andrew, Aidan, and Ethan Daura; his brother John Daura (wife Kathy); and several nieces and nephews.  He was preceded in death by his parents, Andrew and Emily Daura.  Visitation will be held on Monday May 23, 2022 from 3:00 pm to 7:00 pm  at the William M. Gagan Funeral Home, 1525 Burlingham Road Pine Bush, NY. A funeral Mass will be celebrated at 10am  on Tuesday May 24, 2022 at Our Lady of the Assumption Church, Bloomingburg NY. Cremation will be private and interment of Ashes will be at Holy Sepulcher  Roman Catholic Cemetery & Mausoleum, Totowa New Jersey at a later date. To leave an online condolence, please visit www.wmgaganfuneralhome.com

Look inside to read what others have shared
Family and friends are coming together online to create a special keepsake. Every memory left on the online obituary will be automatically included in this book.
View Tribute Book
Share Your Memory of
Kenneth
Upload Your Memory View All Memories
Be the first to upload a memory!
Share A Memory
Plant a Tree