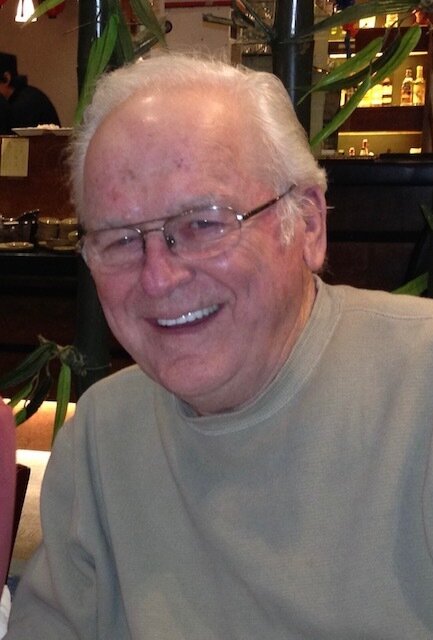 Please share a memory of Kenneth to include in a keepsake book for family and friends.
View Tribute Book

Kenneth G. Uhl, a longtime resident of Pine Bush, New York passed away on Tuesday August 30th, 2022 at Garnet Health in Middletown, N.Y. surrounded by his Family. He was 82.  The son of the late Raymond Uhl and Jean Symington Uhl, he was born on December 12, 1939 in Bronx, NY. Ken was an Owner Operator/Truck Driver for over 20 years and eventually opened a full service Atlas Van Lines Agency with his son Ken. He took great pride in his profession, receiving many Safe Driving and Customer Service Awards throughout his career until his retirement in 2006. Ken then switched gears and started traveling throughout the United States and Europe. He loved his vacations with his wife & family, playing golf, and rooting for his grandson Eli’s baseball teams. Ken was an avid car enthusiast who enjoyed working on his 63 Chevy with his son and grandson, Tim. He was a member of Fallsburg Fishing and Boating Club, enjoying 20 years at Pleasure lake. We will remember him for his sense of humor, often repeated corny jokes, steadfast spot on advice, encouragement, love and understanding. He was not just a husband, father or grandfather, but a friend to all he met. He was the pillar of what our family stands for. Ken is survived by his wife of 60 years, Eleanor, son Ken, and Cara Auerbach, Wallkill, N.Y. , daughter Jean and Jason Lazio, Pine Bush, N.Y. grandchildren Tim Uhl, Elizabeth Kimber, Nicole Zingerman, Adam Unger, Elijah Lazio, Olivia Lazio, Kyle and Sloan Kennedy, Matt Rothstein, great-grandchildren Derek & Hailey Zingerman, Sawyer & Reese Kennedy.  He is preceded in death by his sister Carol Gallagher and daughter in law Brenda Uhl.  Visitation will be held on Friday September 9, 2022 from 4-7 PM and on Saturday September 10 2022 from 10am-12pm at the William M. Gagan Funeral Home, 1525 Burlingham Rd Pine Bush NY. A Memorial service will be begin at 11:30am on Saturday at the funeral home with Pastor John Joon Lee officiating.  Memorial donations may be made to Tunnel 2 Towers Foundation at 2361 Hylan Blvd. Staten Island, N.Y. 10306.  The family wishes to extend their gratitude to Crystal Run Healthcare doctors, hospitalists, Garnet Health nurses, aides, and therapists for the wonderful care he received over the past three years. To leave an online condolence, please visit www.wmgaganfuneralhome.com