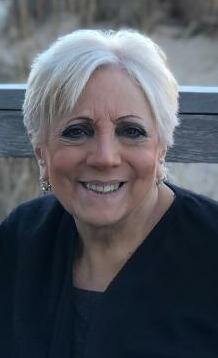 Please share a memory of Marcia to include in a keepsake book for family and friends.
View Tribute Book

Marcia Robin Gingold, 73, of Bullville NY, passed away on January 19th 2023 with her loving family by her side at Memorial Sloan Kettering Hospital in New York City. The daughter of the late Sidney Zuss and Lillian Wertling Zuss and the wife of the late Stuart Gingold, she was born on June 2, 1949 in Bronx, New York. Marcia attended C.W. Post in Long Island were she studied Education. She was a retired switchboard operator for Bon Secours Charity Health System in Port Jervis, New York and 40 year resident of the area. Marcia was immensely proud of her family, and leaves behind nothing but beautiful memories. Her greatest source of joy was going to watch her grandchildren at any activity they were involved in.  She was a force to be reckoned with and to know her was to love her.  Surviving is her loving son Bryan and wife Diana of Bloomingburg N.Y., her loving daughter in law Zoriana Gingold of Glen Spey NY. Also surviving is her son Adam Gingold of Easton P.A. and her four grandchildren that were her entire world, granddaughter Aleczia and grandsons Mark, Justyn, &  Matthew. She was affectionately referred to as Meema or Baba by not only her grandchildren but by so many that knew and loved her.Visitation will be held on Friday January 27th 2023 from 2-4 and 7-9pm  at William M. Gagan Funeral Home Inc. 1525 Burlingham Rd. Pine Bush, NY. A Memorial celebration of life will begin at 8:30pm at the funeral home. Cremation will be private. In lieu of flowers, honor or memorial donations can be made in Marcia’s name to support Memorial Sloan Kettering Cancer Center via the link above on the left. Arrangements entrusted to the William M. Gagan Funeral Home Inc.

Look inside to read what others have shared
Family and friends are coming together online to create a special keepsake. Every memory left on the online obituary will be automatically included in this book.
View Tribute Book
Share Your Memory of
Marcia
Upload Your Memory View All Memories
Be the first to upload a memory!
Share A Memory
Plant a Tree