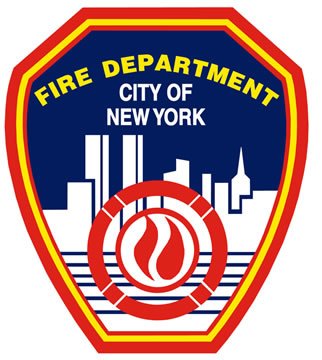 Obituary of Firefighter Robert B. Fitzgibbon

FDNY Firefighter Bobby Fitzgibbon, after a lengthy hard fought battle, passed away peacefully with his long time much loved Life Companion and Care Giver in the early morning hours on Wednesday August 14, 2019.  Bobby died from a Ground Zero 9/11 related cancer he acquired while he was part of the rescue and recovery effort following the September 11th, 2001 terror attacks. He was assigned to Battalion 11 division 3 engine 47 when the 9/11 attacks came. He was forced to retire due to illnesses in February 2010.  He was only 61 years young. Bobby is part of a small recent group of other Firefighter Brothers who have just recently died since the new authorization by Congress, which was signed by the President, for the 9/11 victims fund act. Bobby is survived by his long time Life Companion and Care Giver Yvonne Baisley. They resided together in Bloomingburg NY in their home. He is also survived by 2 daughters; Loren Fitzgibbon of Manhattan NY and Jillian Rudnicki and her recent husband Ryan of Morris Plains NJ; His parents, Thomas & Sylvia Fitzgibbon of Warwick NY; His Brother Tommy Fitzgibbon Jr. and his wife Joanne and their children Nicole & Johnny of Fair Lawn NJ; His Sister Janice Callaghan and her husband John and their children Paige, Keith & Jessica of Glen Cove NY; He is also survived by many Aunts, Uncles and Cousins who live out of state.   Bobby began his career as an FDNY Fireman in 1989 and was appointed in spring 1990. He was assigned and served on Engine 47 (Manhattan) for most of his career and for 18 months he served on Engine 97 (Pelham Bay Bronx).  Out of High School Bobby joined the Carpenters Union where he was first an apprentice and then became a master carpenter.  He enjoyed the most working with detailed moldings and fine finish carpentry.  Bobby enjoyed the many visits he had from all of his FDNY Firemen Brothers while he was hospitalized and at home, the many times for his illnesses.  He was so very grateful to them for their support towards him and his Life Companion Yvonne during his time of need.  You could often find Bobby with Yvonne enjoying his favorite place to eat at Lombardi’s Restaurant in Gardiner where the owners became his personal friends.  He loved exercising at home and working out at the gym and always kept in touch with his gym buddies who often also visited during his hospital visits and at home.  Bobby liked Yoga and Hiking and Loved to spend time with Yvonne doing these activities.  He was an avid cook and thoroughly enjoyed cooking dinner for his FDNY Fire House Brothers, Yvonne and all their friends frequently.  Bobby was a huge Giants and Mets fan and always smiled when talking about the 1986 Mets World Series win.  Bobby’s favorite place to vacation was Venice Florida where he enjoyed the warm weather and his time spent with Yvonne.  Bobby also enjoyed his time with his special FDNY Firewoman Liz whose kindness and warm heart was always appreciated.  A special thank you wants to be given by Bobby’s family to Hospice of Orange and Sullivan County and to his nurses Heather 1 and Heather 2.  Bobby was cremated at Cedar Hill Cemetery on August 15th. A private viewing by family and Firemen and an official FDNY Honor guard were present for his final send off.  A memorial service will take place on Saturday August 24, 2019 at 1:00pm at the Warwick Ceneter-Mulder Chapel, 62 Warwick Center Road, Warwick NY 10990. . Donations may be made in Bobby’s name to: Hospice of Orange and Sullivan Counties, Sloan Kettering Memorial Hospital NYC and/or the FDNY. To leave an online condolence please visit www.wmgaganfuneralhome.com Arrangements entrusted to the William M. Gagan Funeral Home Inc.

Share Your Memory of
Firefighter
Upload Your Memory View All Memories
Be the first to upload a memory!
Share A Memory
Plant a Tree