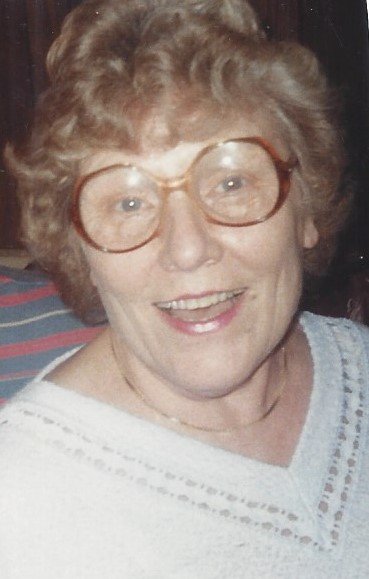 Please share a memory of Erika to include in a keepsake book for family and friends.
View Tribute Book
ERIKA NAGLES PELLMAN SPINA September 13, 1918 – April 15, 2020 Montgomery, NY Erika Spina left this earth at 101 years young on Wednesday, April 15, 2020. She joins her husband William Spina and her best friend Mae Dunn who pre-deceased her. Erika was born in Estonia and escaped her home country to other parts of Europe during World War II, when Estonia was invaded by the Soviet Union. She ended up living and working at a Displaced Persons Camp in Germany, where she met her true love, William “Bill” Spina, who was a Medic in the Army. Bill was smitten and the story goes that when he was discharged out of the Army and back in the US, he cashed in a $500 war bond and sent for Erika to help her start a new life. Erika immigrated to the United States in 1947 and married Bill on July 27, 1947, a marriage which lasted 67 years until Bill died in 2014. Erika became a Naturalized United States Citizen on January 7th, 1952. During their marriage, Erika and Bill lived in New York City, where Erika worked as a part-time seamstress for Macy’s Department Store and Bill worked for Con Edison. When Bill retired, they moved upstate to Pine Bush and lived in their retirement cottage in the Lake Estates. Erika was a former member of the New Prospect Reformed Church and an avid volunteer with the Pine Bush Ambulance Corp Ladies Auxiliary, Pine Bush Seniors, and Walker Valley Seniors. Erika is survived by her extended family, Joseph and Anita Dunn of Pine Bush, and her good friends Linda McDonald and Molly the therapy dog of Gardiner, and Diann and Robert Michaels of Pine Bush. Erika’s instructions to Anita and Joe were always to “enjoy your life” because it goes by so fast, even if you live to be 101. Joseph and Anita would like to extend their most grateful thanks to the staff at Montgomery Nursing Home, Erika’s most current home, as well as Blue Haven Home where Erika and Bill lived until 2014. The staff provided such wonderful heartfelt care for Erika during the final years of her life and under extraordinary circumstances. Due to the strict guidelines regarding the current health crisis, there will be no visitation. Graveside services will be private and at the convenience of the family. To leave an online condolence please visit www.wmgaganfuneralhome.com. Arrangements entrusted to the William M. Gagan Funeral Home Inc.

A Memorial Tree was planted for Erika
We are deeply sorry for your loss ~ the staff at William M. Gagan Funeral Home
Join in honoring their life - plant a memorial tree
Share Your Memory of
Erika
Upload Your Memory View All Memories
Be the first to upload a memory!
Share A Memory
Plant a Tree