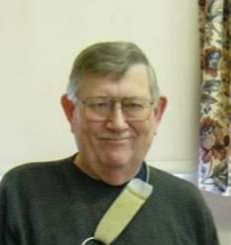 Please share a memory of Clarence to include in a keepsake book for family and friends.
View Tribute Book
Clarence Jacob Hardick, Jr. Wallkill, NY Clarence J. Hardick Jr., fondly known to friends and family as "Sonny" passed away on April 29th, 2020 peacefully at his home in Wallkill. He was 84 years old. Clarence Jacob Hardick Jr. was born to Clarence J. Hardick Sr. (1910-1992) and Viola Slacker-Hardick (1916-1976) on October 21st, 1935 in Lafayette, Sussex County, NJ. The youngest of two Clarence had a sister Marie Bishop (1934-2017). Clarence was a retired lineman/ supervisor from Ford Motor Company where he worked for 27 years. Clarence enlisted in the army at the age of 20, he served 3 years from 1955 to 1958 and was honorably discharged. Clarence volunteered for the Walker Valley fire department for 18 years. During his time with the fire department he was promoted to Sergeant of Arms in 1963, and held that title for 3 years. In 1971, Clarence helped to demolish and clear the Old Fire House. He was gratefully recognized by the Walker Valley Methodist Church for his participation in the 2 day project. Clarence was also a trustee with the fire department from 1975 until 1977. Also during this time, you could count on seeing Clarence on the ball field. As he enjoyed playing for the fire department's volunteer softball league. Clarence was also an avid bowler. He truly enjoyed the game and bowled at several local lanes, like, Kiamesha, Ellenville, and Kingston. He played on many leagues in his time. He was an ABC member for most of the 70's. Those who knew and loved Sonny remember his weekends at the Orange County Speedway. He was a fan of all things racing, but when it came to the dirt track there was a special seat for him waiting in those bleachers. Another favorite pass time for Sonny was car shows. He traveled to numerous classic car shows up and down the east coast. There was a special spark in his eye whenever he was watching a NASCAR race or reading a copy of Area Auto Racing News. Clarence was survived by his wife of 40 years Sandra A. Hardick, his 4 children; Louis R. Hardick of Walker Valley, Ronald G. Hardick (Wife Linda Hardick) of Walker Valley, Michael Hardick of Walker Valley, and Patricia C. Westridge (Husband Steven Westridge) of Kerhonkson, and his step-son William Brown (Wife Stacey Brown) of Walkill. Clarence had 13 Grandchildren; Malinda A. Marl of Pine Bush, Jessica L. Gundberg (Husband Jordan Gundberg) of Kerhonkson, Shawn R. Westridge of Greenwood Lake, Heather M. Hardick of Westbrookville, James M. Hardick of Pine Bush, Staci L. Hardick of Pine Bush, Anthony J. Hardick of Pine Bush, Andrew Minko of Walker Valley, Nicole Conklin (Husband Wayne Conklin) of Wawarsing, Patrick Tortorice of Pennsylvania, Debra Traughber (Husband Andy Traughber) of Tennesse, Kevin Brown and Paige Brown of Walkill. Clarence also had 11 great-grandchildren Izaiah, Jailyn, Ana, Isabella, Dominic, Christopher, Niko, Enzo, Emma, Ayden, and Bella. Much the way he was in life Clarence asks that no fuss be made over him. To honor his wishes no services will be held. To leave an online condolence please visit www.wmgaganfuneralhome.com

A Memorial Tree was planted for Clarence
We are deeply sorry for your loss ~ the staff at William M. Gagan Funeral Home
Join in honoring their life - plant a memorial tree
Online Memory & Photo Sharing Event
Online Event
About this Event

Look inside to read what others have shared
Family and friends are coming together online to create a special keepsake. Every memory left on the online obituary will be automatically included in this book.
View Tribute Book
Share Your Memory of
Clarence
Upload Your Memory View All Memories
Be the first to upload a memory!
Share A Memory
Plant a Tree