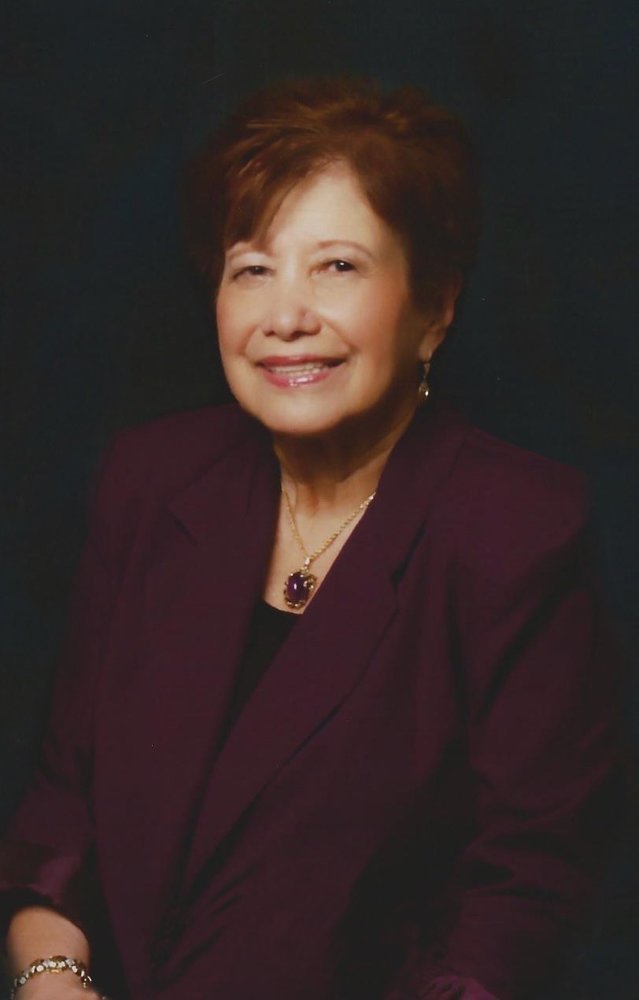 Please share a memory of Lydia to include in a keepsake book for family and friends.
View Tribute Book
Lydia Ryan Pine Bush, NY Lydia Ryan was born Lydia Zamora on February 11, 1936 to Virgil and Margaret Zamora in what was known as Hell’s Kitchen in New York City. She was the middle child, with an older brother named Louis and a younger brother named Raymond. She became Lydia Ramos when she married Porfirio “Paul” Ramos in April of 1954 at the tender young age of 18. She had her first son, Paul Ramos, 9 months later. In 1962 she had another son, Daniel V. Ramos. Tragically, her son Paul passed away in August of 1964 at the age of 9 while attending a sleep away camp. It was Danny who helped her to get through that incredibly difficult time, for he was young and needed her care. One year later, Lydia was delighted to give birth to her first daughter, Margie. She learned, soon after Margie’s birth that she had an incurable lung disease called Sarcoidosis. It made it difficult for her to breathe but she did not let it get her down. She was determined to make a good life for her children and through the help of her father, she bought a summer house in Walker Valley, New York, where her children could experience the country. After her marriage to Paul ended, Lydia married a young NYC detective named Dennis Ryan in January 1984. Together they converted the summer house to a full time house and moved to Walker Valley year round. Her bedroom had big sliding glass doors so that she could easily look out onto the property and enjoy the view of the pond, the trees and the hundreds of flowers she planted every single spring. Her favorite color was green because it was the color of grass and leaves. Lydia loved Christmas and would start decorating for it in September in order to get everything ready in time. She loved having big gatherings for the holidays with both family and friends. One of Lydia’s greatest joys in life was becoming a grandmother to Margie’s daughters Jennifer and Stephanie. All who knew Lydia, knew her granddaughters because she would frequently mail everyone photos of them. Lydia’s hobbies were crafting and antiquing. She was a very generous and caring person, always buying little gifts for practically everyone she knew. She was an avid animal lover, always giving to animal charities and leaving food out for all the neighborhood critters. Lydia was also known for her sense of style. Everything had to match and her hair and nails had to always be done. Most people who knew her would describe her as “one classy lady”. Lydia’s friends Skylar Corcoran, Raymond Nieves and sons Joey and Raven lived with her and took care of her as her health began to deteriorate. She treated them like family and vice versa. Lydia passed peacefully in her sleep, at home, on the morning of July 8th, 2020 after suffering for 55 years with her debilitating lung disease. Lydia is preceded in death by her parents, Virgil and Margaret, her brother Raymond, her husband Dennis as well as her ex-husband Paul. She is survived by her brother Louis, her children Danny and Margie, her granddaughters Jennifer Maybloom and Stephanie Eng, and her niece and nephew Regina and Louis (brother Louis’ children). She is also survived by many cousins as well as nieces and nephews from her ex-husband Paul’s family who loved her very much. Lydia Ryan was one of a kind and will be missed by everyone who knew her and loved her. A short funeral service will be held at the Walker Valley Cemetery where Lydia’s ashes will be buried along with her husband Dennis’ ashes at the gravesite where her mom is buried, on Saturday, July 18th, 2020 at 12:00. To leave an online condolence please visit www.wmgaganfuneralhome.com
Saturday
18
July