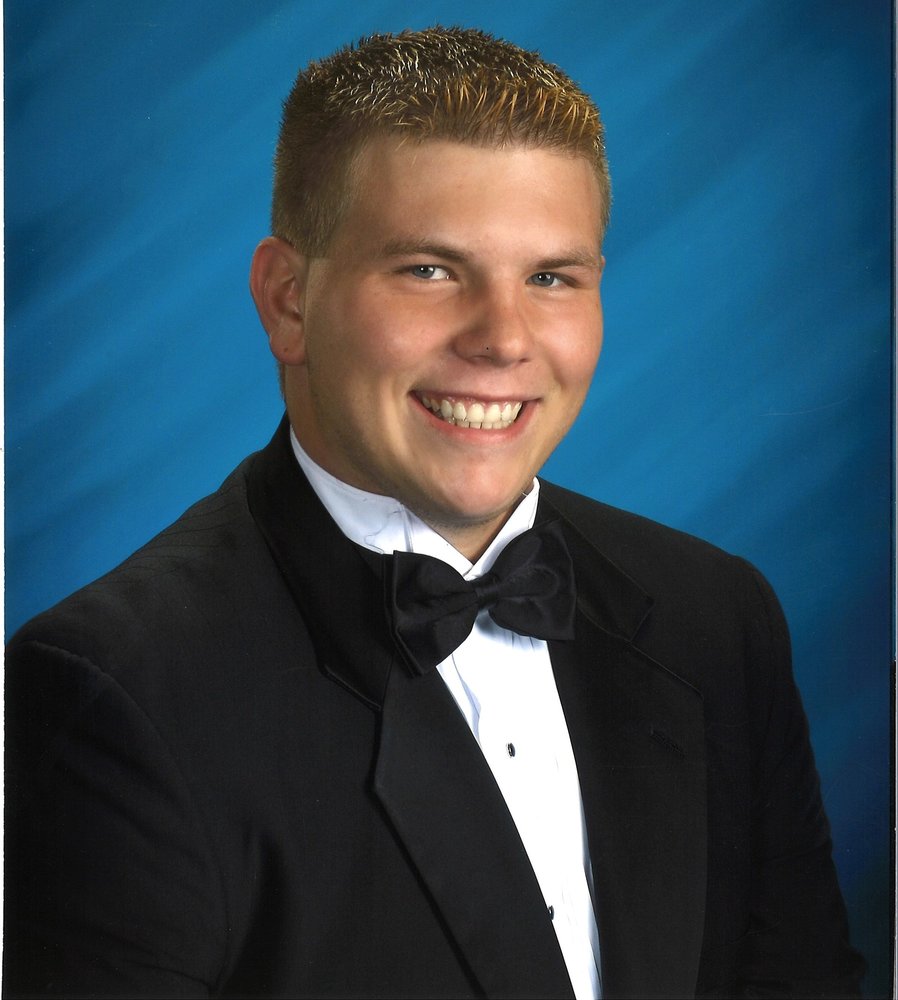 Please share a memory of Brandon to include in a keepsake book for family and friends.
View Tribute Book
Brandon William Boniface Pine Bush, NY The oldest son of the late Jennifer J (Wentzell) Boniface and Jesse Burr Boniface he was born in Middletown, NY on October 28, 1994. Brandon, always willing to play ball was “called up” on January 12, 2021 to take the pitching mound for the team in heaven. His infectious lopsided smile, his goofy laugh, his love of family and his eagerness to be a friend were his trademarks. Brandon graduated from Pine Bush High School Class of 2013 as well as the OU Boces career tech program in law enforcement. He played football with the Pine Bush Youth Football League as well as modified and high school football. His real love was the pitcher’s mound where he excelled in Pine Bush Little League from “T” Ball to Senior league. He was a member of the 12 year old All Stars that advanced to the New York State Quarter Finals in Wellsville, NY. Brandon played for the Pine Bush High School Baseball team during his entire high school career. His freshman team was undefeated. Brandon could really intimidate batters with his fast ball. He always spoke highly of his coaches who willingly gave of their time and mentored and inspired him. His teammates were family. Brandon had an uncanny ability to remember sporting statistics in both baseball and football. He never gave up hope on his beloved New York Mets and was able to tell you which teams had to win or lose for the Mets to advance in the standings. Much of his wardrobe included Mets apparel including his signature Mets beanie hat. Hands down Mike Piazza was his favorite Mets player. In addition to his father and many many friends Brandon is survived by his son Elijah Brandon Bunora (mother Katherine), his brother Ryan G. Boniface and his partner Josh Taylor, two sisters Bridget PK Boniface and her partner Daniel Saez and Jenna Joy Boniface. He is also survived by his grandparents Joyce Boniface and George and Patricia Wentzell. Included in surviving family are his great aunt and uncle Liz and RJ Smith, great uncle Gaylord Fuller, his godmother Christine Daly, three uncles Christopher Wentzell and wife Lisa, Kyle Wentzell and wife Reagan, and Jeffrey Wentzell and wife Aimee as well as an aunt Colleen Boniface. Cousins include Alyson, Paige, Cassie, Scott, Jeffrey, Jaxson, Jason, Emmalyn Wentzell, Geno Acierno and Bryan Fuller and wife Chelsea. He was predeceased by his mother Jennifer, grandfather Richard S. Boniface and uncle William Boniface. Visitation will be held for Brandon on January 30, 2021 from 2-4 and 7-9 at the William Gagan Funeral home at 1525 Burlingham Road, Pine Bush, NY. In lieu of flowers the family asks that you consider making donations to either Pets Alive 363 Derby Road, Middletown, NY 10940 or the American Diabetes Association PO Box 7023 Merrifield, VA 22116-7023.
Saturday
30
January

Look inside to read what others have shared
Family and friends are coming together online to create a special keepsake. Every memory left on the online obituary will be automatically included in this book.
View Tribute Book
Share Your Memory of
Brandon
Upload Your Memory View All Memories
Be the first to upload a memory!
Share A Memory
Plant a Tree