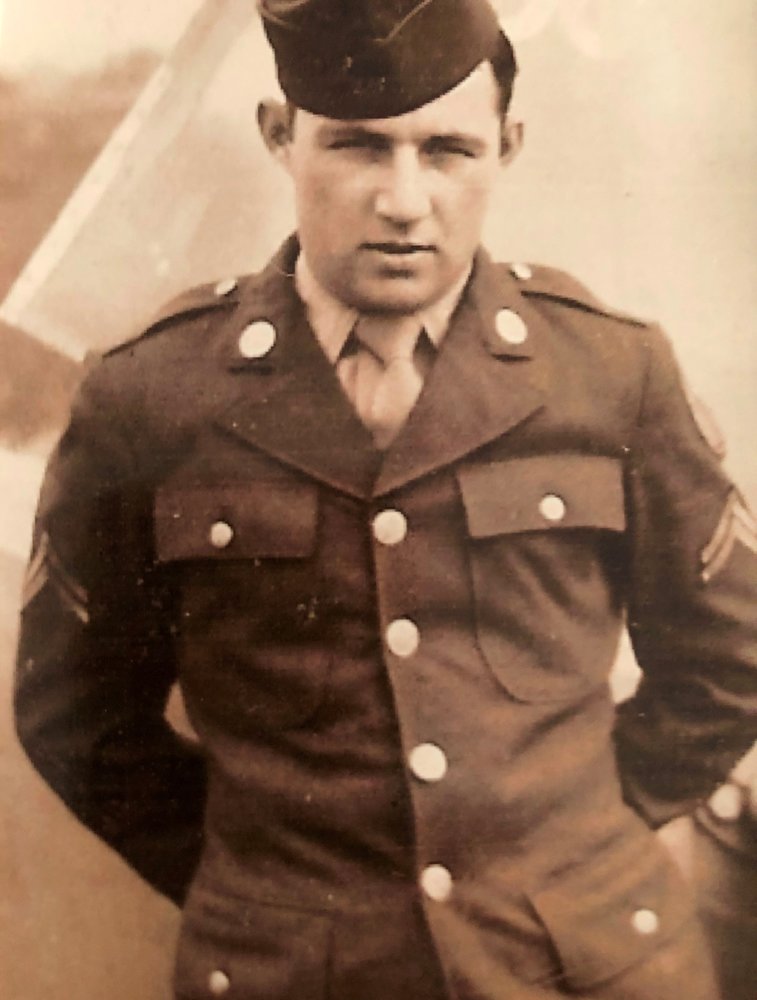 Robert Ramsay Pine Bush, NY Robert Ramsay (93) of Pine Bush, NY (formerly of Hasbrouck Heights, NJ) passed away Thursday, February 4, 2021. Robert was born on July 19, 1927 at home on Trenton Street in Jersey City, NJ to Robert E. and Anne (Amrock) Ramsay. He was the oldest surviving brother of James, Edmund, Charles and John. Bob started working at the age of 16 delivering groceries on a three-wheeled bicycle for Puth Market in Hasbrouck Heights, NJ. He then followed his dream by serving his country. In 1943 he joined the Merchant Marines. He then enlisted in the Army as a Military Police Corporal in Bremerhaven, Germany, serving from 1946-1948. Following an Honorable Discharge from the US Army, he became a lifetime member of the VFW. He came home to work for the Hackensack Water Company and joined the Hasbrouck Heights Fire Department Engine Company #2. His ambition was to be a Police Officer. Working towards that goal, he became a US Marshall in Newark and a Marshall in Hasbrouck Heights. Three years later he became a Police Officer for the Hasbrouck Heights Police Department. Bob was first promoted to Sergeant, then Lieutenant, serving as Juvenile Officer for 15 years. When he was promoted to Captain of Police he supervised 18 officers. Bob retired on November 1, 1981 from HHPD. Not stopping there, he went on to work at the Bergen County NJ Prosecutor's Office as a Child Support Case Worker. In 1988 he transferred to the Ocean County NJ Prosecutor's Office in the same position. Bob was employed there until he finally decided to retire at age 65. In the late 60's, Bob fell in love with a piece of property in the Catskill Mountains. He built a cabin on it with the help of family and friends and called it, Impossible Dream. Bob had a deep regard for his family and friends in NJ, he cherished them. Upon moving to Pine Bush in 2002, Bob joined the Senior Citizens Club where he had many wonderful friends. He was thankful for his awesome neighbors on the road where he lived. Bob was a man of great conviction and honor. He protected and served his family, community and country with selflessness. His dedicated family has always been very proud of him. Bob is survived by his wife of 71 years Jennie (nee Melango). His four children Robert Jr. (Annette), Michael, Patricia O’Connell (Thomas), Judith Maloy (Timothy) and 10 grandchildren, Robert III, Brian, Donald, Jenna, Leighann, Thomas, Benjamin, Thomas, Andrew and Evan, along with many great-grandchildren, nieces and nephews. Visitation will be held on Saturday February 13, 2021 from 10am-12pm at the William M. Gagan Funeral Home Inc. 1525 Burlingham Rd. Funeral services will begin at 12pm at the funeral home. Burial will take place with Military Honors at New Prospect Cemetery. Due to COVID-19 restrictions capacity is limited. Face mask and social distance requirements mandated by NYS are in effect. In Lieu of flowers please make a donation to Infant Savior Church, 22 Holland Ave., Pine Bush NY 12566. To leave an online condolence please visit www.wmgaganfuneralhome.com
Saturday
13
February