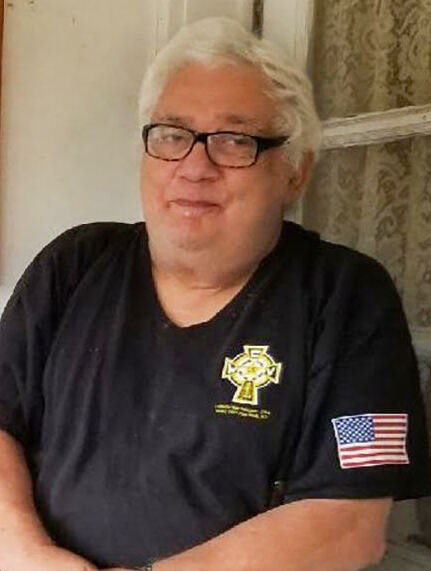 Obituary of Theodore A. Lewandowsky Jr.

Please share a memory of Theodore to include in a keepsake book for family and friends.
View Tribute Book
Theodore A. Lewandowsky Jr. Pine Bush, NY Theodore Anthony Lewandowsky Jr. known to family and friends as Ted or Teddy passed away unexpectedly at his home in Pine Bush, New York on January 7th, 2022. He was 76 years old. Ted was born November 4th, 1945 in Nyack Hospital to the late Anna and Theodore Lewandowsky Sr. and raised in West Haverstraw, New York. He was almost a 30 year resident of Pine Bush. Ted graduated from North Rockland High School and immediately began his military career by enlisting in the United States Air Force when he was only 17 years old. During his time in the military, Ted traveled to many different areas of the world, such as England, Asia, and including time spent in Thailand during the Vietnam War. He worked as an aircraft electronics technician and was right on the flight line. Once back in the states, he met his wife, Barbara, and they raised their two children, Teddy and Regina. Ted served at Nellis Air Force base during which time he worked on the Stealth fighter jet. He retired from the Air Force as a Tech Sergeant after a 20 year career. Following his retirement from the Air Force, he continued to work in various fields until relocating back to New York where he began his career as a Coater Operator at Chromalloy in Orangeburg, New York, until he fully retired in 2016. He was very active in his community and volunteered in many different organizations. He was a member of the Pine Bush Seniors Club as well as on the Advisory Board for the Town of Crawford Friendly Visitor Program. In addition to that he was a member of the Hospice Care Team providing end of life care for Veterans. He belonged to all three Veteran groups in town including the American Legion, Catholic War Veterans, and Veterans of Foreign Wars. Ted was very proud of his time that he served in the Military and would love to tell stories about his experiences. When he wasn’t volunteering, he spent his time attending various social functions including line dancing, ballroom dancing, and could always be seen socializing at local establishments. He was married for 44 years to his loving wife Barbara Lewandowsky until her passing in 2014. Survivors include his daughter, Regina Martin and her husband Ken of Pine Bush, his grandson Christopher Martin also of Pine Bush, his sister Loretta Matthews and her husband Gary of Boynton Beach, Florida, his sister-in-law, Anne Ramppen and her husband Robert of Pine Bush, along with many nieces, nephews, and cousins. In addition to his parents and wife, he is predeceased by his only son, Theodore A. Lewandowsky III. Visitation will be held on Thursday, January 13, 2022 from 5pm to 8pm at William M. Gagan Funeral Home Inc. 1525 Burlingham Road in Pine Bush, New York. A Funeral Mass will be offered on Friday, January 14, 2022 at 9:30am at the Church of the Infant Savior, 22 Holland Avenue, Pine Bush, New York. Interment of ashes will be immediately following at the Orange County Veterans Cemetery located at 111 Craigville Road, Goshen, NY with full Military Honors. Memorial Contributions can be made to any Veteran organization of your choice. To leave an online condolence, please visit www.wmgaganfuneralhome.com
Thursday
13
January

Look inside to read what others have shared
Family and friends are coming together online to create a special keepsake. Every memory left on the online obituary will be automatically included in this book.
View Tribute Book
Share Your Memory of
Theodore
Upload Your Memory View All Memories
Be the first to upload a memory!
Share A Memory
Plant a Tree